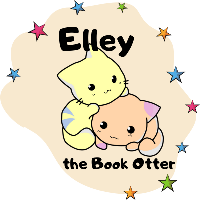 It Takes Two to Tumble

After an unconventional upbringing, Ben is perfectly content with the quiet, predictable life of a country vicar, free of strife or turmoil. When he’s asked to look after an absent naval captain’s three wild children, he reluctantly agrees, but instantly falls for the hellions. And when their stern but gloriously handsome father arrives, Ben is tempted in ways that make him doubt everything.

Some of Phillip Dacre’s favorite things:

Phillip can’t wait to leave England’s shores and be back on his ship, away from the grief that haunts him. But his children have driven off a succession of governesses and tutors and he must set things right. The unexpected presence of the cheerful, adorable vicar sets his world on its head and now he can’t seem to live without Ben’s winning smiles or devastating kisses.

In the midst of runaway children, a plot to blackmail Ben’s family, and torturous nights of pleasure, Ben and Phillip must decide if a safe life is worth losing the one thing that makes them come alive.

Review: I’m always a little hesitant about reading M/M romance set in the Regency period, because the very nature of society at the time makes it less certain that the characters will get their Happily Ever After. I spend a good part of this book reassuring myself that it simply HAS TO have a happy ending, or at least a “Happy For Now,” because it’s a romance novel and that’s a hallmark of the genre. Still, I was kept on tenterhooks trying to puzzle out how on earth it could all come out happily.

Ben reminds me a bit of Pollyanna: I almost expect him to start quoting all the glad verses from the Bible. (I love Pollyanna, btw, so this is a good thing. Just in case there was any doubt about that.) There are several lines in this book about Ben and his faith that really resonated with me, like one about being able to worship God just as much in the sunshine and fields as in church, and how doing small acts of kindness and service for people is doing God’s work. He is such a steady, soothing, joyful presence, like a babbling brook flowing peacefully along in the sunshine.

I also really liked Phillip, and appreciated his flaws and vulnerabilities, as well as his growth and realization about what’s really most important in life. The way Phillip and Ben’s relationship unfolds is so beautiful and gentle and low-drama, it’s just wonderful. This book was such a joy to read as they both learn to make themselves vulnerable and grow together. *dreamy sigh*

I would have liked to see Phillip’s children a little more fully developed and fleshed out, though I did think Ned was nearly a fully realized character. I also loved several of the side characters, and would love to see a novella for Alice as well as to hear more about what happens to Martin. I’m SO excited to read more about Hartley, who features in the next book in the series. I went to go buy the next book, A Gentleman Never Keeps Score, and MAY have yelled “Nooooo!” like Vader just told me he’s my daddy when I realized it won’t be published for another 3 months. (Overdramatic? ME? Never!)

A wonderful start to a new series by the fabulous Cat Sebastian, It Takes Two to Tumble is one Regency romance you don’t want to miss.

2 thoughts on “Book Review: It Takes Two to Tumble (Seducing the Sedgwicks #1) by Cat Sebastian”

Getting a jump start on my #24in48forever #not24in48 #readathon #tbr! First up - My Room is a Dungeon Rest Stop! I picked this up because I loved the anime Is it Wrong to Pick Up Girls in a Dungeon? and this looks like it's got a similar vibe. 💕 . #manga #graphicnovel #egalley
My #tbr for this weekend's #24in48forever #not24in48 #readathon. 💕 @arielkirst is coming down to read (and eat sushi!) with me and it's going to be epically awesome. . #graphicnovel #romancereader #ireadromance #booknerd #bookdragon #bookstagram #bookwormlife
Set up my painting space. It's small and doesn't have the greatest lighting, but it's mine. . #dungeonsanddragons #dnd #dndminiatures #minipainting #painting #crafting #paintingminiatures
Painted up my tiefling warlock, Callisto, and her BFF Autolycus for my Tuesday night D&D campaign. I am just starting out painting so I know I super suck, haha. Experimented with some dry brushing on Autolycus and some highlighting in Calli's hair. . #dnd #dndcharacter #dungeonsanddragons #tiefling #warlock #miniatures #painting #badassbabes
Decided to finally DO something with all the pins/stickers swag I've gotten from events/giveaways. 💕 I have a lot more than I realized! Still plenty of room on this bad boy though, and when it gets full I have my That's What She Read tote from #kisscon 2019 that I can use as a pin banner as well. 😉 . #booknerd #bookdragon #itsnothoardingifitsbooks #ireadromance #romancereader #igreads
Here's my #topnine posts for 2019 💕 Maybe I'll try to post more in 2020 - who knows!