This post is part of a virtual book tour organized by Goddess Fish Promotions. Ella will be awarding a signed copy of the book (International Giveaway) to 5 randomly drawn winners via rafflecopter during the tour. Click on the tour banner to see the other stops on the tour. 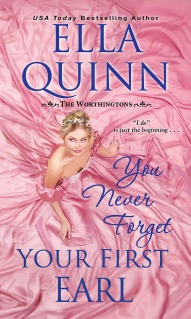 With her three good friends all recently married, Elizabeth Turley is ready for some husband-hunting of her own. One gentleman in particular sparks her interest. Geoffrey, Earl of Harrington is tall, handsome, and dashing. He’s also just a bit too sure of himself. But Elizabeth has observed enough about the rules of attraction to pique the earl’s attention. Yet once she has it, the discovery of a troubling secret taints her future happiness . . .

Lord Harrington must marry or lose a prestigious position in Brussels, and pretty, well-connected Elizabeth fits his needs admirably. But could it be that he has underestimated his bride? She doesn’t bat an eye in the face of the danger they encounter overseas. She’s strong-willed, intelligent, and more enticing each day—yet also more indifferent to him. Now Geoffrey faces his greatest challenge: to woo and win his own wife, or risk losing her for good . . .

Once Gavin had accompanied Lord Harrington into the house, her aunt looked at Elizabeth. “Well, what did you think?”

“After his initial stiffness, he was quite charming.” Even if he didn’t kiss her fingers.

She had studied him as he’d strolled off with Gavin. She had been right. It was clear his tall frame and broad shoulders had no need of padding anywhere. “Yes. His eyes in particular are a beautiful color blue. They almost match the sapphire he wore.” His hair was blond but slightly darker than hers. “I like the way his hair curls.”

“No. He is very manly looking. His jaw is firm.” Not able to get the vision of his shoulders and shapely legs out of her mind, Elizabeth fought the urge to sigh. She might be a little too interested in his physical attributes.

“And he was attentive to you,” her aunt prodded.

“Yes, he was very attentive.” Especially when he talked about going abroad. In fact, that was almost the only thing he discussed. He had not asked anything about her likes and dislikes.

“Very well.” Her aunt’s tone was a bit impatient. “He is tall, blond, and handsome. He appears, from his conversation, to be intelligent and well read. He comes from a good family. He will be a marquis someday, and he wishes to be wed.” Aunt Bristow arched a brow. “Tell me. What is it about him that you do not like?”

Her aunt was right. Something about Lord Harrington had struck Elizabeth as . . . off. She pushed is physical looks aside and focused on what was bothering her. Lord knows it wasn’t his appearance. It was not his demeanor as such. It was . . . was he really interested in her? “He wants this position so badly that I believe he will marry any suitable lady just to have it.” She scrunched up her face. “Do you know what I mean?” Her aunt stared at her, clearly not understanding. She’d have to find a different way to put it. “It strikes me that in a way he is like a fortune hunter. He does not care who he weds, so long as he can have what he wants. In the case of a fortune hunter it is the money. In Lord Harrington’s case, it is the position with Sir Charles.” She rubbed the space between her eyes, trying to ease the tension she felt. “I do not wish to be the means to an end.”

Aunt rang the bell on the table next to her. “You do not think he cares if his affections are engaged.”

A footman appeared carrying two glasses and a decanter of claret. After setting it down, he returned to the house.

“I am not even sure if he cares about compatibility.” 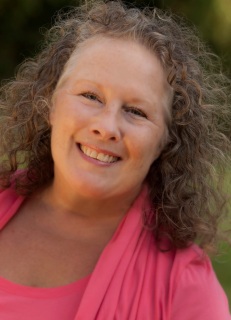 USA Today bestselling author Ella Quinn’s studies and other jobs have always been on the serious side. Reading historical romances, especially Regencies, were her escape. Eventually her love of historical novels led her to start writing them. She is married to her wonderful husband of over thirty years. They have a son and two beautiful granddaughters, and a Portuguese Water Dog. After living in the South Pacific, Central America, North Africa, England and Europe, she and her husband decided to make their dreams come true and are now living on a sailboat. After cruising the Caribbean and North America, she completed a transatlantic crossing from St. Martin to Southern Europe. She’s currently living in Germany, happily writing while her husband is back at work, recovering from retirement.
Website  Facebook  Twitter  Blog