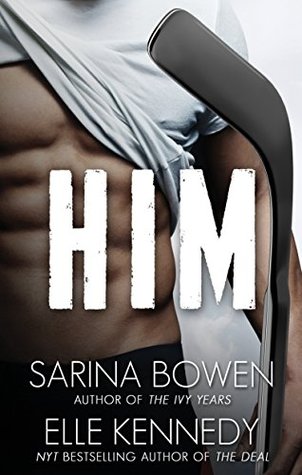 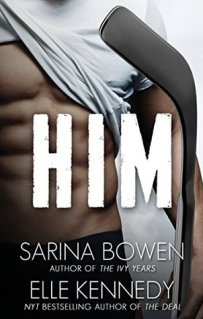 Summary
They don’t play for the same team. Or do they?

Jamie Canning has never been able to figure out how he lost his closest friend. Four years ago, his tattooed, wise-cracking, rule-breaking roommate cut him off without an explanation. So what if things got a little weird on the last night of hockey camp the summer they were eighteen? It was just a little drunken foolishness. Nobody died.

Ryan Wesley’s biggest regret is coaxing his very straight friend into a bet that pushed the boundaries of their relationship. Now, with their college teams set to face off at the national championship, he’ll finally get a chance to apologize. But all it takes is one look at his longtime crush, and the ache is stronger than ever.

Jamie has waited a long time for answers, but walks away with only more questions—

can one night of sex ruin a friendship? If not, how about six more weeks of it? When Wesley turns up to coach alongside Jamie for one more hot summer at camp, Jamie has a few things to discover about his old friend…and a big one to learn about himself.

Warning: contains sexual situations, hotties on hockey skates, skinnydipping, shenanigans in an SUV and proof that coming out to your family on social media is a dicey proposition.

Review
This book! My goodest good buddy Ariel posted about staying up late into the night reading this book, and I made virtual grabby hands at her and she loaned me her copy. I then proceeded to also stay up late into the night reading this fabulous book. I one-more-chaptered myself until I got to about the 70% mark, and then the book and I admitted that I wasn’t going to sleep until I’d finished the entire thing. at 1:30 am. Which is a good three and a half hours past my bedtime. It’s just that good.

Wed and Jamie met at summer camp when they were tweens, and have been BFFs ever since. That is, until they summer they’re 18 and they end summer camp with a little hanky panky. Wes, who has realized he’s gay in the intervening years and is majorly crushing in his (straight) BFF, feels like he manipulated Jaime and proceeds to ghost him for the next four years. (Dick move, Wes.) They meet up again at the Final Four college hockey tournament and reconnect.

I love the dynamic between Wes and Jamie. Wes is brash and cocky, which serves him well in his position as forward. He’s always up for a dare or a crazy stunt, but deep down he’s actually really vulnerable and is dealing with a lot of internalized pain and insecurity. I’m not entirely sure why he goes dark on Jamie during college – seems like it’s a mix of guilt for what he sees as tricking Jaime into having sexy times with him without disclosing to his BFF that’s he’s 1) gay and 2) super crushing on him as well as self-preservation to protect his heart/try to forget his giant crush. He does thinks that are clueless and dumb, and that make me want to throttle him and snuggle him at the same time.

Jamie plays goalie and he’s just… *dreamy sigh* He’s like the boy next door and I love him. Wes has these big NHL hockey dreams, but Jamie is really in it for love of the game, and he loves coaching kids at the hockey summer camp that he and Wes went to together. Jamie is understandably hurt when his best friend Wes suddenly stops responding in college, but he’s willing to forgive and move on. While Wes gives off a sort of bad-boy rebel vibe (with his tattoos and piercings… rawr), Jamie feels a lot more like the wholesome, clean-cut boy next door. He’s very willing to follow Wes into all sorts of trouble, though.

I love the way Bowen and Kennedy write the development of the romantic relationship between Wes and Jamie, especially Jamie’s journey of self-discovery. I don’t want to spoil anything, but Jamie’s exploration of his sexuality and sexual preferences was just fantastically written. And aside from Wes’ repeat habit of running away from his problems/pain instead of dealing with them, this is a relatively low drama M/M romance that had lots and LOTS of fun sexytimes.

Him is told in the first person present tense, and the POV switches off between Wes and Jamie about every chapter so you get to see inside both of their heads (and hearts). I don’t really like the first person present tense, but Bowen and Kennedy pull it off really well here. The writing is in turns heart-wrenching and hilarious, and this book had me both wiping away tears as well as laughing like a crazed hyena. Especially little gems like this one:

Why hasn’t anyone ever told me the prostrate was some kind of magical pleasure zone? Are there unicorns and orgasm fairies dancing around in there?

This is the first in a series, and the second book appears to be a follow-up on more Jamie and Wes antics. I probably will not be reading the second book, because as much as I’d love to read more about Wes and Jamie I’m VERY happy with how Him ended, and don’t want to spoil the magic.
Note: I’ve tried to go back and fix all the places I spelled Jamie’s name as “Jaime,” but forgiveness please if I missed some. My son’s name is Jaime and we spell it the Lannister way, so spelling it “Jamie” (aka wrong!) was hard for me!

4 thoughts on “Book Review: Him by Sarina Bowen and Elle Kennedy”