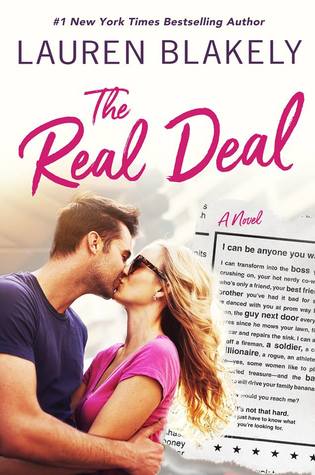 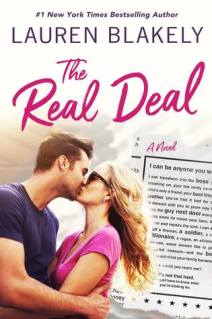 Summary
April Hamilton wants you to know she hasn’t been on GigsforHire since that time she sold her futon after college. She doesn’t even spend that much time online. And even if she did, she would not be looking up personal ads. But going home alone for her family’s summer reunion is an invitation for every single relative to butt into her personal life. She simply can’t handle another blind date with the butcher, the baker or the candlestick maker from her hometown. So when she finds the GigsforHire ad for a boyfriend-for-hire, she’s ready to pay to play.Heading Home and Need a Buffer? I’m the REAL DEAL. Theo Banks has been running from the past for years. He’s this close to finally settling all his debts, and one more job as a boyfriend-for-hire will do the trick. He’s no gigolo. Please. He’s something of an actor, and he knows how to slip into any role, including pretending to be April’s new beau — the bad boy with the heart of gold.Even if it means sleeping in close quarters in that tiny little bed in her parents’ inn. Even if it means spinning tales of a romance that starts to feel all too true. What neither one of them counts on is that amid the egg toss, the arm wrestling, and a fierce game of Lawn Twister that has them tangled up together, they might be feeling the real deal.She only wanted to show her family once and for all that she had no need to settle down.He didn’t expect to have the time of his life at her parent’s home.They didn’t plan on loving every single second of the game.But can a masterful game of pretend result in true love?

Review
This was a fun, fluffy, flirty read. The banter between April and Theo reminds me of the way Rory and Lorelei rapid fire snark back and forth on Gilmore Girls, only with delicious sexual tension, and it’s amazing. This is very much a zany rom com and requires a willingness to embrace the wackiness and engage in a suspension of disbelief. That being said, April’s family is fun (though not terribly memorable) and their family reunion tradition is hilarious. I love all the games and things, though I think Blakely could have gone into the games themselves a little more, shown a little of Theo and April’s developing relationship there as well. I simply
ADORE the stories Theo and April tell each other, and how very into it they both get. They’re both kind of weirdos, but the same sort of weird, and it’s amazing. I think this book would make a GREAT movie!If you love a good rom com about bringing a fake date to a family reunion, check out The Real Deal, and also go read Three Day Fiancée by Marissa Clarke. (I promise you won’t regret it!)