The other day I posted about Holiday Romance ~ Books and I promised that a post would be coming to talk about movies – this is that post! I sadly haven’t been able to watch as many Christmas romances as I normally do since I’ve been working my normal day job as well working part time about 16 hours a week at Bath & Body Works in the evenings and weekends. Between two jobs and trying to keep up on reading and my blog, there just hasn’t been much time for movies. I know, it kind of makes me want to go all Disney princess and throw myself on the nearest object and dramatically sob. However! There’s no time for that! We’ve got a bunch of Christmas romance movies to talk about! In no particular order: 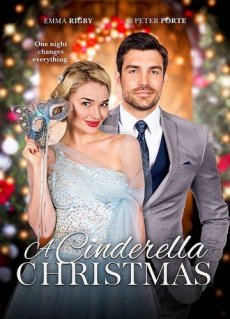 2016 TV Movie. Angie works hard to run her uncle’s events business while her cousin Candace takes the credit. When Angie takes a night off to have fun at the Christmasquerade Ball, the mask and gown allow her to let loose, and she quickly catches the eye of Nicholas, a wealthy local bachelor. But then Angie has to go before revealing her identity, leaving Nicholas searching for his mystery woman in this modern take on the classic fairytale.

I just love this movie. Then again, I have a major lady-crush on Emma Rigby and will basically watch anything she’s in. *swoon* This is a really cute Cinderella retelling (which I’m a sucker for) with a Christmas twist, and I just adore it. I watch it even when it’s not Christmas time, but I especially make time to watch it at this time of year (and yes, even though I have no time, I’ve made the time to watch this one – twice.) (A note because the next two I talk about aren’t anywhere – you can purchase or rent this movie on Amazon.) 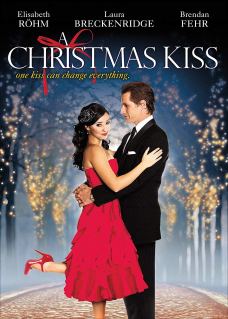 2011 TV Movie. Wendy has left work with the local theatre to take a job as an assistant to Priscilla Hall. Ms. Hall works Wendy around the clock, which is how Wendy finds herself trapped in an elevator late one night with an incredibly handsome stranger. // After a spontaneous kiss, a struggling designer ends up falling in love with her demanding boss’s boyfriend as she decorates his home for a Christmas party.

I love this movie so much, but sadly it looks like the only way to watch it right now is if you have a subscription to UP faith & family through Amazon – you can’t even just outright buy the movie. That’s such a bummer! Now I wish I’d just purchased it when I still had the chance. It used to be included in Amazon Prime, so I’m hoping it will come back sometime. The connection between Wendy and whatever-the-guy’s-name-is is really cute, and I love all the beautiful decorations. There’s also a follow-up/sequel about another couple getting caught in the temperamental elevator (and in which a much happier Ms. Hall makes a cameo as a side character) called Another Christmas Kiss that’s also a really cute movie. 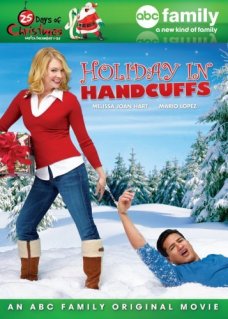 2007 TV Movie. A struggling artist working as waitress kidnaps one of her customers to bring home and meet her parents at Christmas.

So apparently you can’t find any of these movies anywhere anymore, so I’ll try to put movies that are actually findable for the rest of these… This one does still play on Freeform’s 25 Day of Christmas, though (…once… at midnight… but still…) Anyway, what’s not to love about Melissa Joan Hart clubbing Mario Lopez over the head, kidnapping him, and bringing him home to pose as her fake fiance? Then her family is so wacky that he tells them that she’s kidnapped him and she’s all “it’s this game he likes to play, he thinks he’s so funny,” and they just go with it. …Now that I think about it, this movie is actually probably really problematic on a lot of levels. It’s been several years since I’ve seen it so now I wonder if it actually holds up… NOW I REALLY NEED TO REWATCH IT SO I KNOW! Anyway, a-few-year-ago-me really enjoyed it. 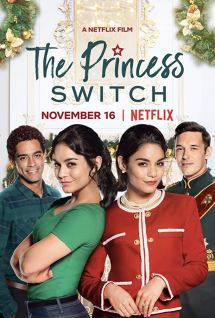 2018 Netflix Movie. A Chicago baker (V.Hudgens) is competing in a Christmas baking competition in Belgravia. There she bumps into the prince’s fiancee. They look alike and switch for 2 days. “Life is what happens to you while you’re busy making other plans.”

This is such a cute movie, even if the princess version of Vanessa Hudgens’ character has TERRIBLE helmet hair. Also, I have a major crush on Sam Palladio from Nashville and it was super weird to watch him have this British (sorry, Belgravian) accent instead of a Southern one (so weird). I really like that you get a Christmas romance and a Princess and the Pauper sort of retelling with this one, and not one but *TWO* romances as well! HOORAY! Netflix continues to just smash them out of the park with their original content as well, because this movie was great. As promised, this one is actually available to watch right now on Netflix! 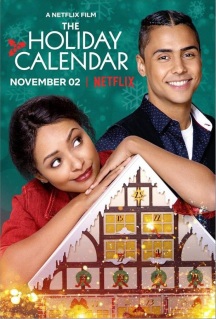 2018 Netflix Movie. A struggling but talented photographer inherits an antique holiday advent calendar, the contents of which seem to predict the future. Will this magical calendar lead her to love this holiday season?

This was another great original movie by Netflix, and I basically need to see Kat Graham star in all the movies now. I also really like that I was kept guessing in this one as to who the romantic lead actually was – if it was the friend character or the guy she met who it seemed like the calendar was leading her towards. And I watch enough Korean dramas where I get a major case of the Second Lead Syndrome (where you REALLY WANT the leading lady to end up with the second lead guy who she does *not* end up with) that I honestly thought she wasn’t going to end up with the guy I wanted her to be with in the end. Emotional roller coaster for sure (but in the best way). Also, her gramps is basically the best character in this whole movie. ♥ Available on Netflix. 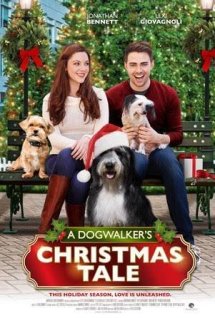 2015 When spoiled, 21-year old college student Luce Lockhart is forced to take a job over the holidays walking a rich developer’s dog, she is thrilled to discover they are going to build a salon and spa over the quaint local dog park nearby. But when Luce meets Dean, an irritating yet handsome dogwalker actively trying to stop them, Luce is forced to question what the park means to her newfound friends, and whether she can put aside her selfish ways to help save the park before Christmas. Available on Netflix.

Jonathan Bennett *dreamy sigh* He’s just so nerdy, I don’t know why I like him so much, I just do. Plus, who doesn’t love a Christmas movie full of cute doggos?! This one’s got a bit of an A Christmas Carol vibe to it, as Luce realizes there’s a lot more to life than the shallow and selfish existence she’d been living so far. 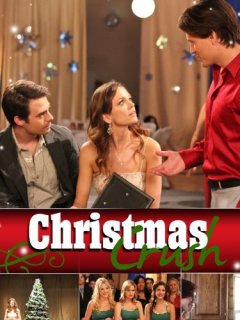 2012 TV Movie. When a woman learns of her high school reunion a week before Christmas, she’s ecstatic to finally have her chance to win back the one “that got away”. Available on Netflix.

There’s that Jonathan Bennett again. I also just really like Rachel Boston. And poor Georgia, she goes back to her high school reunion feeling a bit like a failure and then kind of tries to relive her glory days… and sort of fails at it. Good thing her best friend Ben is still SUPER AWESOME. I just ADORE all the wacky hijinks in this movie, because Georgia gets herself into the craziest situations. Every year I’m like “Meh, I don’t really need to watch this one again,” but then I for some reason I do (probably I remember I’m a little in love with Jonathan Bennett) and then I’m always glad I did. 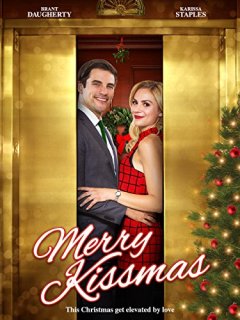 2015 TV Movie. A woman engaged to marry a self-centered film and stage director/choreographer falls for a caterer whom she kisses, as does he for her. Available on Netflix.

Boy, some of these summaries from IMDB really suck… This is such a cute holiday romance, which (like A Christmas Kiss and Another Christmas Kiss) involves a kiss under the mistletoe on a malfunctioning elevator. Like I thought maybe it was part of the series/franchise when I first saw it – it has a similar feel. And then they have all these tiny connections and coincidences and connections. “It’s the friendship that turns that happily ever after into the beginning of a love story and not the ending.”

Here are a couple I haven’t seen yet, but that I’m hoping to watch before Christmas this year. (I know, I’m running out of time!)

2018 Passionflix Movie. When workaholic reality TV producer Sophie starts working on a holiday-season show about Will, a wildly sexy guy who celebrates Christmas every day of the year, she finds herself falling for her mysterious, unlikely new star, renewing her long-lost faith in Xmas in the process. 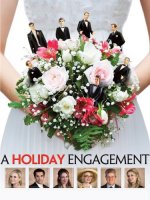 2011 TV Movie. Afraid to tell her family she’s been dumped, Hillary hires an actor to play her fiancé during a four-day Thanksgiving weekend at her parents’ house. Available on Amazon Prime

2014 TV Movie. A cynical radio host is banished to Colorado, where he has an on-air spat with a hopeless romantic. Soon, their antagonistic relationship sparks the interest of the whole town. Available on Amazon Prime.

What are your favorite holiday romance movies? Have you seen any on this list? Are there any I’m missing that I MUST WATCH this year?

Doing a small relax with the kittens and my littlest. 💕
My mom's new babies, Thor and Storm. 💕
It's been a minute since I posted, so here is a picture of Remy the Wonder Dog!
Mondays.
Ughhhhhhhhh I have read all 44 volumes of Skip Beat that are out since Jan 1. I read vol 37-44 today and I am back to waiting foreverrrrrrrr for the new volumes to release. Thankfully vol 45 comes out on Tuesday! *grabby hands* I need it nowwwwwww!!
We actually got some sun today! Remy took advantage with a little sun nap on the back of the couch. (He thinks he's a cat.)