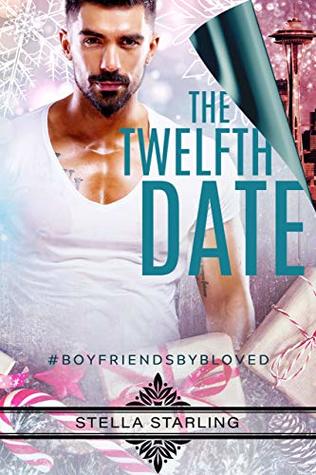 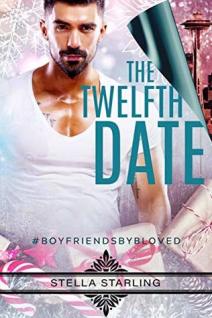 Summary
Friends with benefits? Best Christmas present ever. Nicky Masters is a hot mess and he knows it. After all, every boyfriend he’s ever had has told him so, and—since they usually follow it up with some version of, “too much work, not worth the effort”—avoiding boyfriends altogether sounds just about perfect. The only problem? The part about Nicky secretly yearning for things like true love and a happily ever after… something that scoring a job at bLoved, the gay dating app that promises to help find exactly that, seems perfectly suited for. So far, even with his in at bLoved, Nicky still hasn’t managed to find what he’s looking for, but what he has found is almost better: Felix Ramirez, the hot AF new hire with the sexy smile who—for some reason Nicky still can’t figure out—actually said yes when Nicky volunteered as tribute to be Felix’s new friend (with benefits!). Perfect, right? Just as long as Nicky doesn’t go and do something stupid, like fall for him… If there’s one thing Felix “the Ram” Ramirez knows, it’s how to be thankful for what he’s got. Pushing for more is a bad idea—something he learned the hard way when doing exactly that caused him a career-ending injury that cut his Major League Baseball career short. Ever since then, he’s decided it’s best to just roll with whatever life hands him, and when it hands him Nicky Masters, life starts to look pretty damn good again. Well… except for the part about Nicky not being interested in anything more than a friends-with-benefits arrangement. Still, if that’s all that’s on the table, Felix will take it, because the last thing he wants to do is scare Nicky away by pushing for more. At least, until Christmas rolls around and—thanks to bLoved’s Twelve Dates of Christmas promotion—Felix realizes that with a little holiday magic, he just might have a chance at getting everything he wants this year… The Twelfth Date is a gay romance novel of approximately 79,000 words that contains a boner from New Orleans, an alien viral plague** which brings out Someone’s Inner Drama Queen (spoiler: S.I.D.Q. wasn’t actually doing that good a job of hiding), an overworked Bedazzler, approximately 5,367,542 air miles, lots of prayers to the God of C*ck, parentheticals (soooooo many parentheticals… see previous spoiler re: Someone’s Inner Drama Queen), and the kind of love that makes it feel like Christmas all year long. Every Stella Starling romance takes place in the same interconnected, contemporary world. The Twelfth Date is a standalone book with cameos from other Stella Starling stories and it (mostly) takes place during the Christmas season of the same year as another #boyfriendsbybLoved book, The Boyfriend Game.

Review
It’s so funny how different readers’ tastes can be, because my book BFF Ariel (aka Peekaboo) DNF’d this one, and I give it 4.5 shiny Christmas stars. *shrug* The world works in mysterious ways!Clearly this book starts off with a major misunderstanding – Nicky has some major insecurity and self-esteem issues and is shooting off his mouth about what he wants in a man and about how his matches on bLoved aren’t exciting enough for him when all he really wants is someone to accept him for the complete hot mess he is (“warts and all”), and lo and behold the perfection that is Felix turns around and choirs of angels start singing. And then Felix says his profile is set to “looking for friends” and bada bing, bada boom, they’ve agreed to be friends with benefits even though they both totally want to be more but they both think they’re doing what the other one wants by settling. Could the issue be completely resolved by having 5 minutes of honest and open dialogue? Well yes, of course, but that wouldn’t make for a very exciting book, now would it? 😉I LOVE the dynamic between Felix and Nicky. They are *adorable* together, and this book made me at certain times smile like a lunatic while simultaneously leaking from my eyeballs. It hurts. And their little text conversations between chapters were also super cute (and hilarious). Felix’s family is crazy and I love them and want to keep them, because they’re exactly what a big, loving, totally overbearing family should be. I’m also something of a Nicky and completely understand the tendency to grandstand and peacock as a way to cover up super deep insecurities, and I love love *LOVE* the growth and realization he goes through over the course of this book, not only about his relationship with Felix but also about his own capabilities and his ability to do his job and his value as a person, both as it relates to his job and outside of it. To a lesser extent Felix also learns some lessons, namely what it means to fight for what you want. The ending is a little pat but hey, it’s Christmas, so let’s drink some eggnog and just enjoy it, OK? The Twelfth Date is the second book in the #boyfriendsbybLoved series, but can be read as a stand alone with no spoilers for the first book in the series (and there’s really no overlap – they mention the contest that takes place in book one, The Boyfriend Game, super briefly in passing).