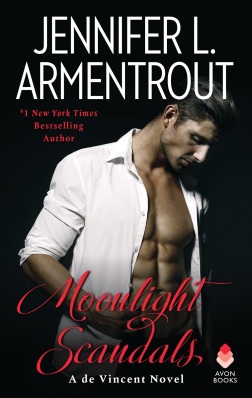 Set in the heart of New Orleans MOONLIGHT SINS, the first book in the all-new de Vincent series by #1 New York Times bestselling author Jennifer L. Armentrout, invites readers to enter the world the de Vincent family.
Julia Hughes has always played it safe until she had her heart and confidence shattered by her manipulative ex-husband. For the first time in her life, she’s making major changes– new job, new town and a new opportunity to forget the past. But starting over in the Louisiana bayou isn’t exactly what she thought it would be…
Lucien de Vincent – the wildest, most unpredictable brother – is having a bad week. His father has been found dead in the most suspicious circumstances. His older brother is bribing the police to avoid a scandal. And the more he spends time with, Julia the new nurse taking care of his troubled sister, the more he can’t imagine being without her. Lucien may be the unrepentant bachelor of the family but there’s something about Julia that makes him want to lay himself bare. But family secrets are starting to emerge. And the past could not only bring down a dynasty but destroy Julia in the process.
Julia knows better than to get wrapped up in Lucian. He’s from a world she can’t relate to. Plus, he’s her employer. But his wicked touch and sensual promises are too much to deny. What starts with a kiss ends with so much more.

“Let me get this straight. You want my brother to let you into his home to see if it’s haunted?”
She nodded.
Dev honest to God had no idea how to respond to that, but then he watched her suck her bottom lip between her teeth. As shitty as it was, he realized he had bargaining power, and there was something he wanted.
Lots of things he wanted, actually.
“I’ll get you into the house.”
“What?” Surprise pitched her tone. “You’re for real?”
A half grin tugged at his lips. “On one condition.”
“What condition?”
He sat up and leaned in close enough that he heard her inhale. The scent of coconuts teased him again. “It’s a pretty big condition.”
“Okay? What is it?”
What he was about to say was not planned. It was not calculated in the ways he wanted it to be and how he was accustomed to. His condition was . . . simply something he desired.
“Kiss me,” he said, voice low. “That’s my condition. Kiss me.” 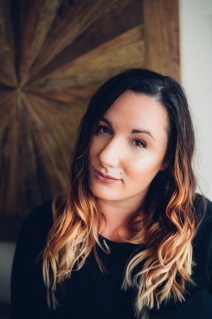 JENNIFER L. ARMENTROUT is the #1 international and #1 New York Times bestselling author of over 40 books, including the Wait for You, Lux series, the Dark Elements series, and Til Death. She is published with Tor, HarperCollins Avon and William Morrow, Entangled Teen and Brazen, Disney/Hyperion, Harlequin Teen and writes steamy and fun New Adult and Adult romance under the pen name J. Lynn. Jennifer is also the founder of Apollycon, a yearly reader event that brings in over 1400 readers and authors together each year. She currently lives in West Virginia with her husband and two dogs, Loki and Diesel.