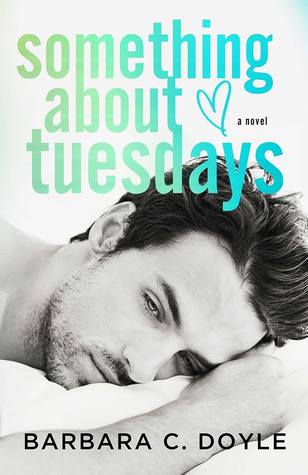 They say nothing exciting ever happens on a Tuesday, but that’s far from the truth in my life.
It’s a Tuesday when I almost hire a male escort to attend my brother’s wedding with me.
It’s a Tuesday when I get brutally dumped by my boyfriend.
Annnnd it’s a Tuesday when I catch my dog impregnating the neighbor’s mutt.
Needless to say, it’s also a Tuesday when I meet the silver-eyed Chase Newman—who is none too pleased with how I come crashing into his life based on the sexy scowls he sends my way.
But that doesn’t stop me from getting more than puppies in our sudden involvement.
Because behind those angry eyes is lust, and if I’m going to get a date before desperation has me calling a 1-800 number, I need to convince him to help me.
And if sex is the language he speaks, I am more than happy to become fluent. 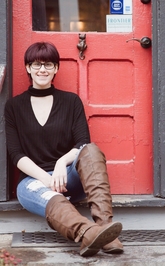 Author Bio
Hey! I’m Barbara Celeste Doyle, although my middle name should be awkward. My life is a romantic comedy gone wrong, so I’ve become obsessed with four-legged felines an
d chocolate–not necessarily in that order.
My love for the written word led me to obtain a bachelor’s degree in English and soon a master’s in education to teach college classes.
I love connecting with readers so find me online!

One thought on “Blitz: Something About Tuesdays by Barbara C. Doyle (Excerpt, Giveaway)”

Y'all. I've been meaning to reread this series, and the paperback re-releases with new covers are my EVERYTHING. It's clearly fate that I am meant to buy them... 👀💕
*✦ FAB NEW RELEASE & ePRIZE! ✦*
Ughhhhh! @finley.eden and @saxonjameswrites are re-releasing their CU Hockey series with new covers, and I NEED the special edition illustrated ones!! 💕💕
Welcome to our �#BookTour� to celebrate the release of The Roles We Own by @CDRachels
The Shenanigans conclude…with Football Royalty!
Looks like winter is here!