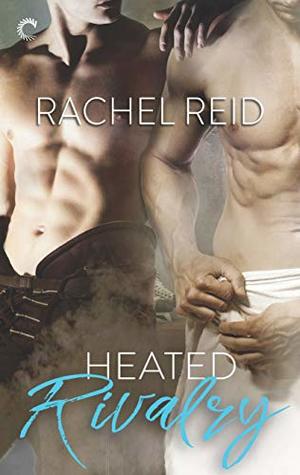 Summary
Nothing interferes with Shane Hollander’s game—definitely not the sexy rival he loves to hate.

Pro hockey star Shane Hollander isn’t just crazy talented, he’s got a spotless reputation. Hockey is his life. Now that he’s captain of the Montreal Voyageurs, he won’t let anything jeopardize that, especially the sexy Russian whose hard body keeps him awake at night.

Boston Bears captain Ilya Rozanov is everything Shane’s not. The self-proclaimed king of the ice, he’s as cocky as he is talented. No one can beat him—except Shane. They’ve made a career on their legendary rivalry, but when the skates come off, the heat between them is undeniable. When Ilya realizes he wants more than a few secret hookups, he knows he must walk away. The risk is too great.

As their attraction intensifies, they struggle to keep their relationship out of the public eye. If the truth comes out, it could ruin them both. But when their need for each other rivals their ambition on the ice, secrecy is no longer an option…

Review
What IS it about big, burly gay hockeymen that just GETS me? If you love a good opposites attract, enemies to lovers romance, THIS IS THE BOOK FOR YOU!

Do you like good guys? Shane Hollander is your man. He’s a clean-cut wholesome Canadian boy whose parents come to all his games. He gives all the right answers during interviews, and is basically the NHL’s golden boy.

Got a thing for bad boys? (I sure do!) Ilya Rozanov is a Russian playboy with a chip the size of a Canadian center forward on his shoulder. OMG, ILYA. He is such a badass, but also somehow super adorable at the same time, and I just love him. Especially his sexy Russian accent. *swoon*

The back cover blurb really doesn’t do this book justice. It’s not just Ilya who realizes that their hate-sex hookups are turning into something more – instead both men try to resist an undeniable attraction to one another as well as they can – for YEARS. YEARS, guys. And this enemies to lovers progression doesn’t wait until they’re feeling more friendly and loving before things start getting hot off the ice. Oh, no – there is PLENTY of hate sex in this book, and it’s glorious. There is serious tension there from the moment they meet, and they’re both used to being the absolute best in their field and have both finally met their match.

Heated Rivalry is written in the past tense third person limited POV, and switches between following Ilya and Shane. Some of my favorite scenes are when they’re not even together, but one is catching a spotlight of the other on the news or in a hockey game on TV and thinking about him. It’s just so swoony, and you can truly see the deeper feelings developing for both men. The progression of their relationship, both as lovers and as friends, is just so wonderful. Also, the sex scenes are SUPER hot.

This is the second book in the Game Changers series, but can be read as a stand alone with no spoilers for the first book in the series. That being said, I am TOTALLY going back to read book 1, Game Changer. There’s an excerpt of the opening chapter in the back of Heated Rivalryand I made this mistake of reading it, then had to go one-click Game Changer to finish it, haha!

An ARC of this book was provided by the publisher via NetGalley for review.