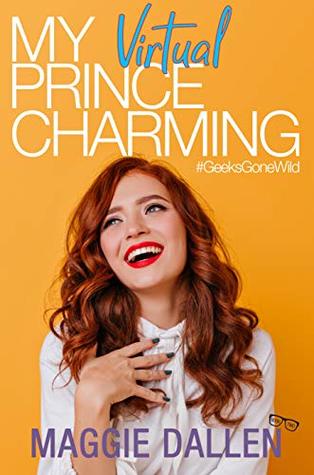 Some girls have a dream guy, but Suzie’s ideal boyfriend is totally real. He’s just…virtual.

Suzie doesn’t need to see her online gaming buddy to know that he’s her perfect match. The problem lies in reality, AKA high school. Ever since a humiliating photo of her surfaced on the first day of senior year, she hasn’t been able to escape the attention of Luke Warner, the hottie player who’s apparently made it his mission to annoy her. Now that they’re paired together in a programming contest there’s no way she can avoid him…or their chemistry. His unexpected kisses might be earth shattering, but he’s so not her type.

Luke’s got a secret, and it’s one that could change everything between him and his new computer science partner. Suzie thinks he doesn’t know her at all, and she seems convinced that she doesn’t like him. But what if she knew that he was her online BFF? That would change everything. But will sharing his secret bring them together or tear them apart?

Review
I read the first book in this series, Love at First Fight, and loved it SO MUCH that I immediately went and binged the entire series. So good.

I fell kind of in love with Luke in Love at First Fight. There’s something about good-natured teasing that just gets to me (maybe because it reminds me of my husband… haha!) While a lot of the main characters in this series seem to have pretty great lives, Luke clearly has a difficult home life. I like that it doesn’t make him mean or an alpha-hole, which seems to be the direction many authors take their troubles heroes. Luke is so cute and charming, and I ADORE the way he tries to get Suzie to rise to the bait and be more like her fiesty online-self.

And then there’s Suzie. Ohhhhh, sweet little Suzie. I have a best friend who is tiny and full of rage, so I felt like I could definitely be BFF’s with Suzie, haha! She’s so insecure but at the same time so highly competent and very confident online while she’s playing with her gaming group, and I love that dichotomy in her. It makes her a really interesting character, and someone I’d want to get to know.

I probably connected with this book most out of the entire series, maybe because my husband and I first bonded through playing World of Warcraft and table-top RPGs. 😉

This is the second book in the Geeks Gone Wild series, and while it could technically be read as a stand alone there are major spoilers for the first book, as well as a fair amount of set-up for some of the major drama in this book that’s done in the previous book. I highly recommend you read this series in order.