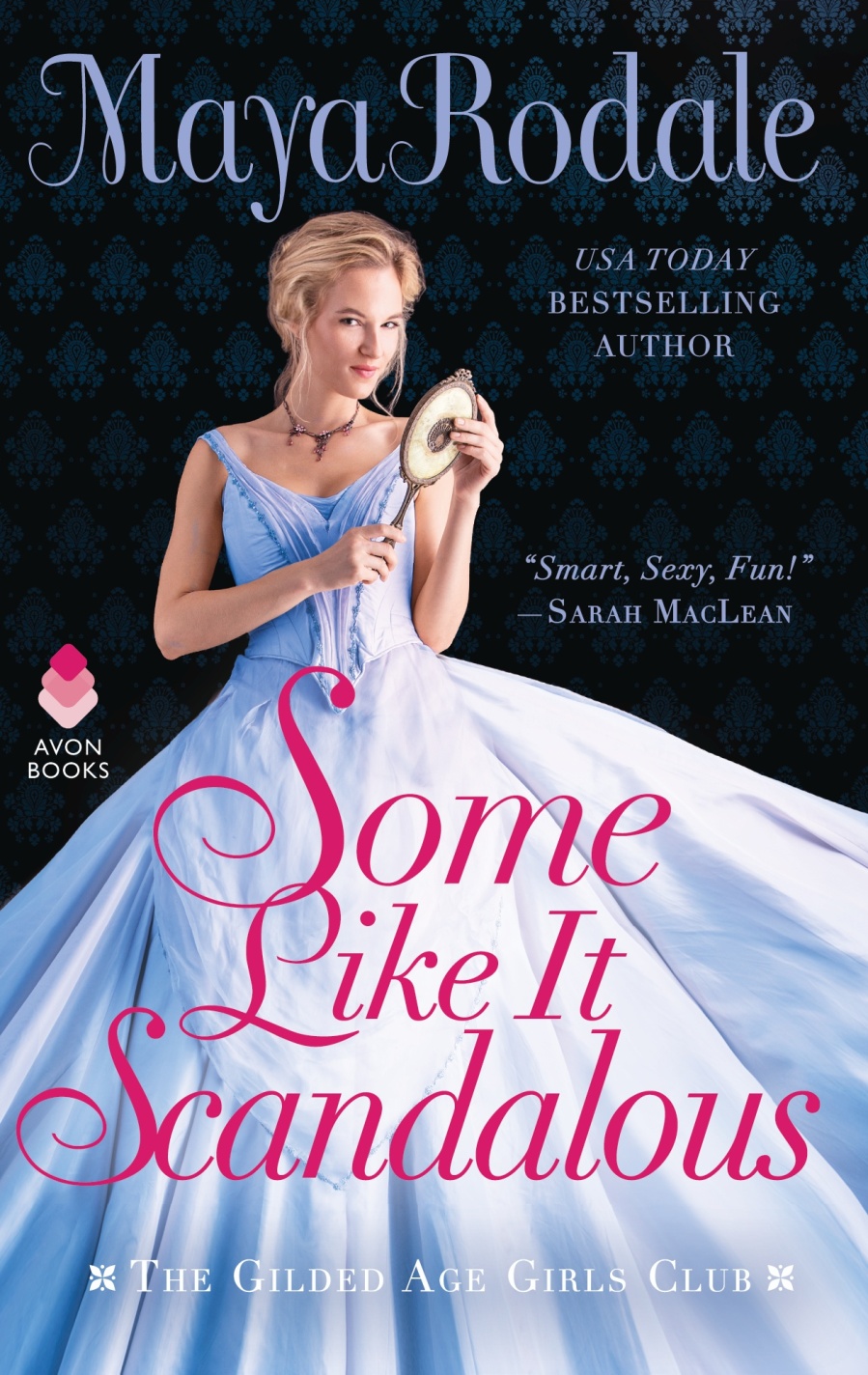 They are sworn enemies…

Theodore Prescott the Third, one of Manhattan’s Rogues of Millionaire Row, has really done it this time. The only way to survive his most recent, unspeakably outrageous scandal is marry someone respectable. Someone sensible. Someone like Daisy Swann. Of all the girls in Gilded Age Manhattan, it had to be her.

Pretending to be lovers…

Daisy Swann has plans and they do not involve a loveless marriage with anyone. But when a devastating family secret threatens to destroy her standing in society, suddenly a fake engagement with Theo is just the thing to make all her dreams come true.

And now it’s time to kiss and make up…

Daisy Swann aspires to sell cosmetics that she has created, but this brainy scientist needs a smooth talking charmer’s flair for words and eye for beauty to make it a success. Before long, Daisy and Theo are trading kisses. And secrets. And discovering that despite appearances, they might be the perfect couple after all.

I seem to have been reading a lot of women in STEM historicals lately… I like it!

Daisy isn’t like her beautiful mother and sisters, or like the other children. In fact, they call her “Ugly Duck Daisy.” Her eyes a little too close set and her slightly too large nose always stuck in a science book, Daisy never really fit in – and the beautiful Theodore Prescott the Third was a part of the problem. Now her mother and his father have schemed to force them into an arranged marriage, even though Daisy is so close to being firmly on the shelf – something she’s long dreamed about! Daisy is such an odd duck (sorry for the duck reference Daisy!) and I adore her.

I didn’t care for Theo at the start of the book and figured he’s another rakish ne’er-do-well hero who has daddy issues, but really he has a heart of gold. Usually when you see this type of hero in a romance novel, they’re mostly misunderstood. And while yes, there is an element of that (especially with the big Scandal causing Theo’s latest disgrace), Maya Rodale really leaned into him just really needing to grow the heck up. I really appreciate the personal journey Theo goes through in this book especially, looking at his life and whether it’s what he really wants and finding something that excites him and makes him feel passionate.

I also really love that Daisy doesn’t have some make-over montage and suddenly she’s conventionally pretty and everyone likes her. Too many “ugly duckling” stories have the love interest not realizing the ugly duckling is truly beautiful until they change things about themself or until the rest of society sees it. And Theo has a similar issue in that his looks are sort of working against him with Daisy. They both have to get past what’s on the surface and get to know who the other person truly is, and when you get to know how beautiful a person is on the inside it’s amazing how that person’s outside becomes beautiful in your eyes.

This is the second book in The Gilded Age Girls Club series, but it can be read as a stand alone. I haven’t read the first book in the series,Duchess by Design, but the heroine makes some appearances in this book as a side character, along with what I assume are repeat appearances by many of Daisy’s other friends/inner circle. From what I could tell, there didn’t seem to be any major spoilers for the first book in this one.

“But you definitely must try harder to act like you’re seducing me,” she said. “I’m not feeling the slightest bit breathless or weak in the knees or whatever it is girls feel when they’re being swept off their feet.”

“My apologies,” he murmured. Then he dropped the reins and turned to her, intent on giving her a taste of her own medicine. “Let’s fix that immediately.”

He gave her his wolfish smile. Then he leaned in close to whisper in her ear, but words failed him for a second. She smelled good. It was that heady fragrance. And her skin was smooth and dewy and just lovely. Hers was a complexion that begged to be caressed. That was just the skin politely exposed; he idly wondered about the rest of her . . .

Finally, he remembered what he meant to say. Something romantic and seductive. Two could play at this game of irritating each other profoundly.

“What do you say we return to that gazebo and see if it’s empty so we can be alone?”

“Get to know each other better. Intimately.”

Had they been alone he might have kissed her earlobe. Desire flared when the thought occurred to him.

Thank God they were not alone.

MAYA RODALE began reading romance novels in college at her mother’s insistence. She is now the bestselling and award winning author smart and sassy romances. She lives in New York City with her darling dog and a rogue of her own.