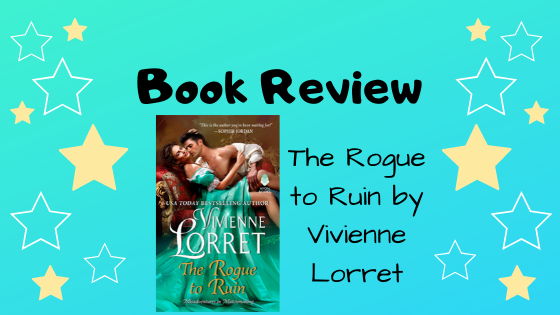 The Rogue to Ruin

Summary
The Bourne Matrimonial Agency has one rule: Never fall in love with a client, which shouldn’t be a problem when one’s faking an engagement to the rogue across the street…

Ainsley Bourne needs the family business to succeed. But one obstacle stands in her way—Reed Sterling, the huge, handsome, former prize fighter and owner of the gaming hell across the street. His scandalous customers scare off all her marriage-minded patrons and since the devilish brute has no intention of relocating, she sets out to ruin his unsavory establishment. Yet when a vile suitor from her past reappears, Ainsley hastily claims an attachment to the first man who comes to mind . . . Mr. Sterling, to be exact.

Reed doesn’t know who is more surprised by Miss Bourne’s declaration. She clearly hates him, and he’d never admit their arguments simmer with unrequited attraction. Something about the pleading look in her eyes calls to Reed, and against his better judgment, he quickly plays the part of the besotted fiancé.

Pretending to be in love requires a convincing charade. But with each tantalizing touch and every scandalous kiss, Ainsley starts to wonder if Reed was ever really the enemy at all.

The Rogue to Ruin is an excellent blend of a sort of enemies to lovers meets neighbors to lovers romance.

Reed entirely makes this book for me. The banter and chemistry between Reed and Ainsley is just perfection, and the way Reed truly sees Ainsley is great. I love their little battle of wills and campaign to torture each other, and Reed is SO devious it had be cackling. And then of course they’re both these deeply damaged people, and automatically put the absolute worst interpretation any miscommunications. This also deals with a lot heavier, darker content than the previous books in the series, in the form of both Reed’s abusive stepfather and Ainsley’s abusive ex.

There are a few spots where the books takes these abrupt turns that gave me a bit of whiplash. Especially one where Reed makes a decision that just flat confused me where the heck that came from, but okay…? I felt like there were parts of the plot that weren’t fully flushed out, and that’s all that kept this from being a 5 star read for me.

SIDENOTE: Mrs. Teasdale may be my favorite character in this entire series.

This is the third book in the Misadventures in Matchmaking series, and can be read as a stand alone. The main characters from the previous books (namely Ainsley’s sisters) make some brief appearances, but their stories aren’t truly integral to the plot of this book. That being said, they’re both great books so definitely catch the entire series!

2 thoughts on “Book Review: The Rogue to Ruin by Vivienne Lorret”