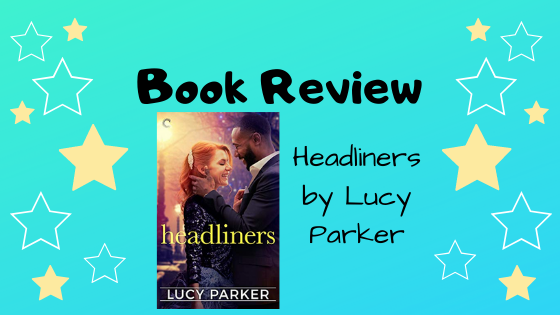 He might be the sexiest man in London, according to his fan site (which he definitely writes himself), but he’s also the most arrogant man she’s ever met.

She might have the longest legs he’s ever seen, but she also has the sharpest tongue.

For years, rival TV presenters Sabrina Carlton and Nick Davenport have traded barbs on their respective shows. The public can’t get enough of their feud, but after Nick airs Sabrina’s family scandals to all of Britain, the gloves are off. They can barely be in the same room together—but these longtime enemies are about to become the unlikeliest of cohosts.

With their reputations on the rocks, Sabrina and Nick have one last chance to save their careers. If they can resurrect a sinking morning show, they’ll still have a future in television. But with ratings at an all-time low and a Christmas Eve deadline to win back the nation’s favor, the clock is ticking—and someone on their staff doesn’t want them to succeed.

Small mishaps on set start adding up, and Sabrina and Nick find themselves—quelle horreur—working together to hunt down the saboteur…and discovering they might have more in common than they thought. When a fiery encounter is caught on camera, the public is convinced that the reluctant cohosts are secretly lusting after one another.

Their chemistry has always been explosive, but with hate turning to love, the stakes are rising and everything is on the line. Neither is sure if they can trust these new feelings…or if they’ll still have a job in the New Year.

Review
I adore the chemistry between Sabrina and Nick. If you’re a fan of an enemies to lovers trope, Headliners may just be the book for you. I’m not big into romantic suspense, so the entire part of the plot where someone is out to sabotage their show (who could it be?!) fell a little flat for me. Thankfully, the sparks between Nick and Sabrina were amazing enough to keep me invested in this book.

Nick’s got that Mr. Darcy ala the 2005 Pride & Prejudice movie thing going on – you know that part where he helps Lizzie into the carriage and then flexes his hand as he walks away? That whole interaction is basically the vibe. Sabrina despises Nick because he’s a dick who caused trouble for her family, but Nick was just stupidly doing what he thought was best and actually is over there making subdued heart-eyes at her.

Nick and Sabrina have to do some actual WORK to move beyond their pasts, and I really like Lucy Parker’s very realistic depiction of how two people can go from hating each other to becoming friends and lovers. Then again, Lucy Parker excels at writing very realistic moments that make her characters seem like real people in real situations. (Exhibit A: the shower sex scene in The Austen Playbook that reads like what two people trying to bang in the shower actually is like, instead of some romanticized version of it where nobody is in danger of drowning from getting shower water up their nose…)

This is the fifth book in the London Celebrities series, but can be read as a stand alone. There are major spoilers for the fourth book, The Austen Playbook, as well as some continuation from plotlines from that book. You don’t *need* to have read the prior books to fully enjoy this one, but I do recommend reading at least The Austen Playbook first as they are pretty closely entertwined. No need at all to read the first three books before these ones, though, as there are no or only very minor spoilers/links to the first books.