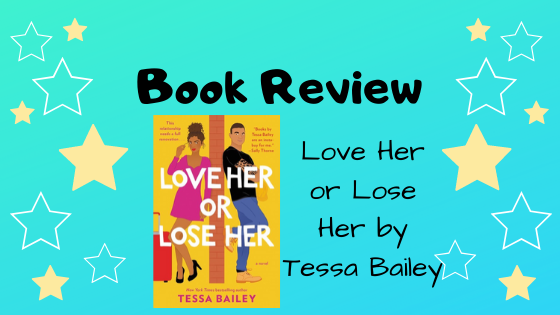 Love Her or Lose Her

Summary
Rosie and Dominic Vega are the perfect couple: high school sweethearts, best friends, madly in love. Well, they used to be anyway. Now Rosie’s lucky to get a caveman grunt from the ex-soldier every time she walks in the door. Dom is faithful and a great provider, but the man she fell in love with ten years ago is nowhere to be found. When her girlfriends encourage Rosie to demand more out of life and pursue her dream of opening a restaurant, she decides to demand more out of love, too. Three words: marriage boot camp.

Never in a million years did Rosie believe her stoic, too-manly-to-emote husband would actually agree to relationship rehab with a weed-smoking hippy. Dom talking about feelings? Sitting on pillows? Communing with nature? Learning love languages? Nope. But to her surprise, he’s all in, and it forces her to admit her own role in their cracked foundation. As they complete one ridiculous—yet surprisingly helpful—assignment after another, their remodeled relationship gets stronger than ever. Except just as they’re getting back on track, Rosie discovers Dom has a secret… and it could demolish everything.

Review
I don’t know why I torture myself with second chance romances, haha.

There were moments that had me really liking Dominic, like when he brings Rosie’s jacket for her and hangs it in the entryway without saying anything about bringing her jacket. He shows his love through doing things for Rosie and doesn’t want “credit” for them. (I TOTALLY called that Dominic’s love language is acts of service and Rosie’s is words of affirmation about a chapter before they actually talk about love languages in the book, which I thought was funny.) And Dominic struggles with a lot of self-worth issues, which I really felt for. But MAN, I got really tired of reading him come to this light bulb realization that their problem is a lack of communication and that he needs to open up and talk to Rosie about his fears/insecurities, and resolving to do better. And then in the SAME PARAGRAPH he *consciously chooses* to continue hiding those selfsame fears/insecurities. After about the third time we lather-rinse-repeat I just threw my hands up in the air and gave up on Dominic.

I really liked Rosie and her friendship with the Just Us League. Her chemistry with Dominic is also hot, and I was RIGHT THERE WITH HER on her feelings about her boss. I have felt that feel, Rosie. I have also had a boss who was the human version of Le Squirt Bon Bon. Rosie and Dominic go through a lot of growth in their own selves so they can repair their relationship, and this was a great look at how couples don’t just get together and live HEA, but sometimes you need to really work at a relationship to keep it healthy.

This is the second book in the Hot & Hammered series, and can be read as a stand alone. There are some minor spoilers for the first book in the series, Fix Her Up, the main characters from that book, Georgie and Travis, are prominent side characters in this one.

One thought on “Book Review: Love Her or Lose Her by Tessa Bailey”