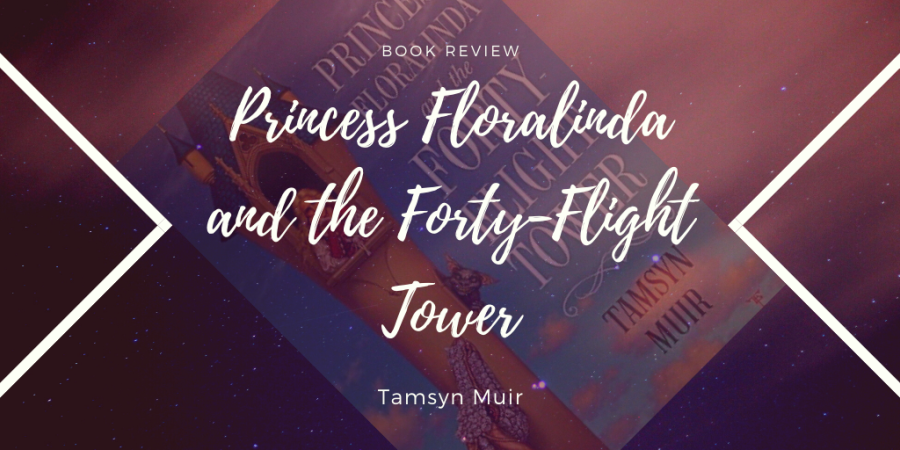 When the witch built the forty-flight tower, she made very sure to do the whole thing properly. Each flight contains a dreadful monster, ranging from a diamond-scaled dragon to a pack of slavering goblins. Should a prince battle his way to the top, he will be rewarded with a golden sword—and the lovely Princess Floralinda.

But no prince has managed to conquer the first flight yet, let alone get to the fortieth.

In fact, the supply of fresh princes seems to have quite dried up.

And winter is closing in on Floralinda…

Someone said this was like a Gail Carson Levine novel but darker, and I think I disagree. GCL has a lot more character development and growth in her books. Princess Floralinda and the Forty-Flight Tower reads a lot like a classic, traditional fairy tale, but it also rather satirical of classic fairy tales and plays on the classic archetypes and tropes in fairy tales. For example, Princess Floralinda is a princess, which means her tears have healing powers and she doesn’t have a lot going on in the brain department. A witch imprisons her in a forty-flight tower, with a different kind of monster guarding each level, as bait for princes (because witches are the princes’ only natural predator, obviously). The witch really doesn’t put a lot of thought into the comfort of the princesses she imprisons (she’s just not that type of witch) and as winter sets in it becomes apparent that this is really more of a three-season sort of tower…

I LOVE the ending (which I won’t expand upon because I don’t want to spoil it for you!) Read this if you want a bit of a dark, satirical twist on a classic fairytale.

One thought on “Book Review: Princess Floralinda and the Forty-Flight Tower by Tamsyn Muir”