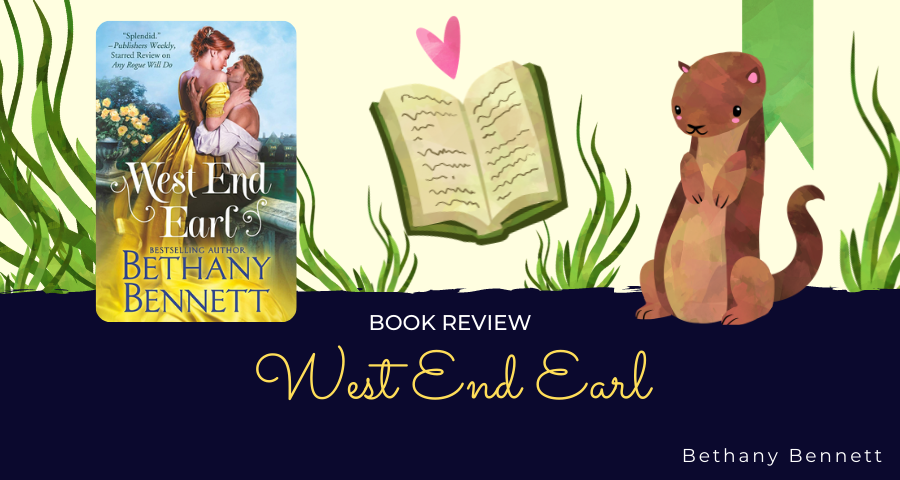 While most young ladies attend balls and hunt for husbands, Ophelia Hardwick has spent the last ten years masquerading as a man. As the land steward for the Earl of Carlyle, she’s found safety from the uncle determined to kill her and freedoms a lady could only dream of. Ophelia’s situation would be perfect—if only she wasn’t hopelessly attracted to her employer.

Calvin, Earl of Carlyle, is determined to see his sister married this season. And he’ll do it with the help of his trusted right-hand man. But when he finds out his man is a woman, and that her life is in danger, his priorities change. Their attraction is passionate, all-consuming, and if they aren’t careful, it could turn downright deadly—for both of them.

If you’ve been following my reviews for a while, you know a mistaken identities trope is my absolute catnip. Now make it a woman disguised as a man one and you basically have my heart forever. *dreamy sigh* This is also a friends to lovers romance, which isn’t my FAVORITE trope with with the long term mistaken identities trope thrown in, it was just really excellent.

I like that when Calvin finds out Ophelia isn’t what she first appears, he doesn’t make any snap judgements about why she’s disguising herself as a man. Maybe she is more comfortable living her life as a man. Maybe she’s into women. And those are totally valid options, as far as he’s concerned. While Ophelia is not trans or queer, I appreciate that Bethany Bennett sort of gives a nod to the fact that these folks exist. And of course Calvin does eventually screw it up once he gets into it with Ophelia (once it’s clear she is, in fact, into men – and him specifically.) Because what kind of romance novel would it be without some DRAMA?

I loved the chemistry between Phee and Cal. They’ve been friends as men for years, so their relationship is this delicious stew of new attraction on Cal’s part, a long-held simmering desire on Phee’s, and this great camaraderie underlying it all. They’ve got such a great rapport as friends, and it just gets better when they become lovers.

I do feel like I’ve read this ending before. How? When? Where? I do not know, but it gave me a weird sense of deja vu. Except for the part with Milton, I knew, once it hit a certain turning point in the book, exactly where the ending was going. Down to the plan, the next point in the plan, her hair, how he’d find out (I’m being vague because I don’t want to spoil it for anyone who hasn’t read it yet!) Have I read this same resolution somewhere else? Or was it just such a foregone conclusion (and also the most drama filled one!) that it just had to be? Regardless, it was glorious and everything I wanted from this book.

This is the second book in the Misfits of Mayfair book. While it can be read as a stand alone, Ethan and Lottie from the first book, Any Rogue Will Do appear as side characters in this one and there are a few minor spoilers for their book. (Also Any Rogue Will Do is RIDICULOUSLY EXCELLENT, so you should definitely go read it right now if you haven’t!) I can’t wait for the next book, All Rogues Lead to London, which is Emma’s book.

An ARC of this book was provided by the publisher for review. All opinions are unbiased and my own.