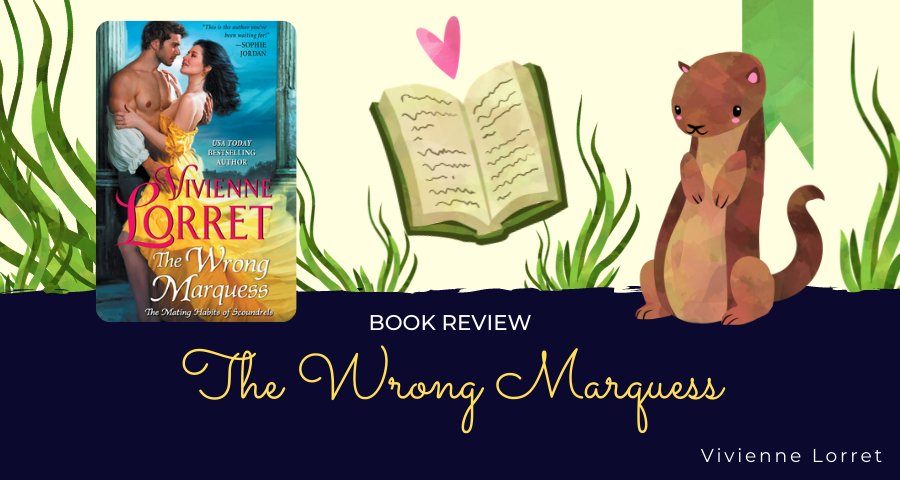 Elodie Parrish can feel spinsterhood breathing down her neck. That’s the trouble with waiting for the marquess next door her entire life. But Ellie knows if she gives him one last Season, he’ll finally propose. The only problem is, her path keeps crossing with the arrogant Lord Hullworth, who is convinced she has designs on him.

Brandon, Marquess of Hullworth, never wanted to be “London’s Most Elusive Bachelor,” or have a horde of hopeful debutantes and their scheming mamas follow him around. His past has left him too jaded to consider marrying any of them. At least, that’s what he thinks… until he meets Ellie. She’s quirky, opinionated, blushes easily, and drives him absolutely wild. The only problem is, she believes she’s in love with someone else.

Ellie never imagined that one sultry summer could change everything. But the more time she spends with Brandon researching her book on the mating habits of scoundrels, the more she wonders if she might be falling for…

I almost didn’t pick this book up, since I DNF’d the second book in the series in the first few chapters. Thankfully I REALLY loved this installment!

I’m a sucker for the enemies to lovers trope, and I adore Vivienne Lorret, so I knew when I read the blurb that I needed to pick this book up. I fell immediately in love with both Elodie, so much so that I may need to go back and read the first two books in the series now, haha. Elodie (or Ellie, to her friends and her wonderful, glorious eccentric aunts) suffers from what would likely today be diagnosed as Generalized Anxiety Disorder and panic attacks. I just want to wrap her in bubble wrap and tell her that everything is going to be okay. And then Brandon – ugh, swoon. I love a good cinnamon roll hero. In the beginning he’s so prickly and grumpy because he’s convinced Ellie is just another debutante trying to trick her way into his favor, and he’s VERY over protective of his sister. And poor Ellie just has terrible luck!

I adore the chemistry between Brandon and Ellie, and I also really love the blossoming friendship between Ellie and Meg as well. Ellie’s aunts are a riot and definitely made this book so much better than it would have been without them.

This is the third book in The Mating Habits of Scoundrels series. While it can be read as a stand-alone (I read it as one!) the couples from the first two books do appear in this one and there are spoilers for the first two books, as well as I think some set up with Ellie’s friend Prue that likely happened in the previous books that comes into play in this one. Still, I read it as a stand alone and didn’t feel like I was missing much, other than being a bit confused about which of Ellie’s friends was married to which guy. That being said, I CAN NOT WAIT for Meg’s book!! And Prue’s! Ahh!!

A digital ARC of this book was provided by the publisher via Edelweiss+ for review. All opinions are unbiased and my own.