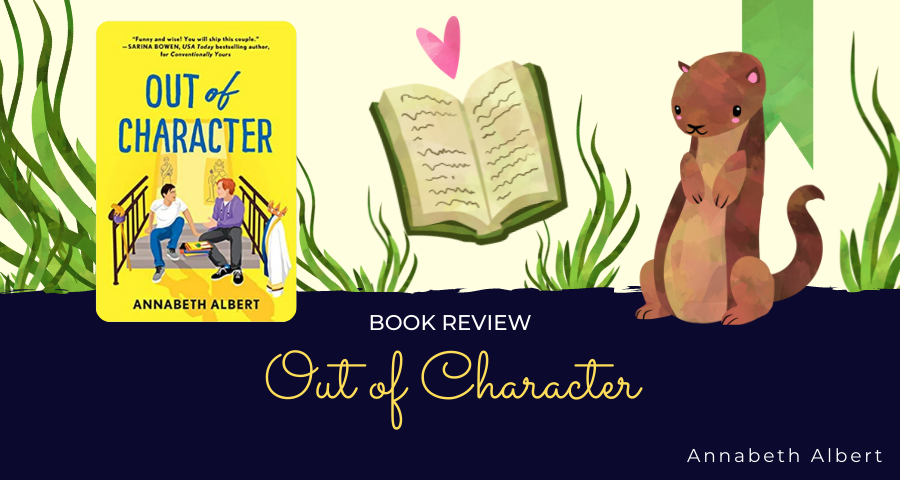 Jasper Quigley is tired of being everyone’s favorite sidekick. He wants to become the hero of his own life, but that’s not going to happen if he agrees to help out Milo Lionetti, his former best friend turned king of the jocks. High school was miserable enough, thanks, and Jasper has no interest in dredging up painful memories of his old secret crush.

But Milo’s got nowhere else to go. His life is spiraling out of control, and he’s looking to turn things back around. Step one? Replace the rare Odyssey cards he lost in an idiotic bet. Step two? Tell his ex-best-friend exactly how he feels – how he’s always felt. Jasper may be reluctant to reopen old wounds, but he never could resist Milo.

There’s a catch though: If Milo wants his help, he’s going to have to pitch in to make the upcoming children’s hospital charity ball the best ever. But as the two don cosplay for the kids and hunt for rare cards, nostalgia for their lost friendship may turn into something even more lasting…

I enjoyed this second installment in the True Colors series about the same as I enjoyed the first book in the series, Conventionally Yours. It’s a great New Adult romance, with a major focus on Milo coming to terms with his past and his present and getting his shit together.

There is just something about Annabeth Albert’s writing that doesn’t quite click for me. Maybe I’m just too old and as an elder millennial I can’t connect with these young folk, I don’t know. Neither Milo nor Jasper felt really fully fleshed out and REAL to me, and I didn’t 100% buy into their chemistry. It was sort of like “Oh, now they’re friends, oh, now they’re in a relationship. I know because these words here say so,” but I didn’t ever really feel it.

Still, lots of fun descriptions of gaming, cosplay, streaming, and general nerdiness abound. Annabeth Albert also takes on some larger issues like learning disabilities and being afraid to come out when you’re a jock.

I listened to this on audiobook, narrated by Kirt Graves and Joel Froomkin. At first, both narrators were really grating to me, especially the narrator for Jasper’s chapters. Eventually I got more used to both their voices. I did appreciate how well both narrators did at keeping the character’s voices/tone consistent regardless of who was narrating – Milo especially had a very distinct voice/dialect and the narrator for Jasper did a great job capturing that in his chapters.

This is the second book in the True Colors series, and can be read as a stand alone. The characters from the first book appear in this one as fairly minor side characters.

I'm back in the office one day a week, and I decided to explore my lunch break walking path options today.
Not too shabby for my first foray into jewelry making!! Bumblebee jasper pendant with labradorite, tiger eye, and gray onyx beads. 💕
Started a new craft project and immediately launched a shard of metal wire shrapnel directly at my eye. Good thing I'm an excellent flincher, lol.
Since August is Romance Awareness month, @readforeverpub changed things up for their influences and did special curated romance boxes! I picked the Jodi box, and am so pleased with the selections! I can't recommend West End Earl by @bethanywriteskissingbooks enough, and I'm excited to read these other new to me titles!
Started over - whomp whomp! At least it's looking much more triangular now. 🤣
Wahhhhh it's all wonky and I don't know what I'm doing wrong! Do I pull it all out and start over? How do I keep it from going all flurnky? Pretty sure it's supposed to he more triangular shaped, but IDK, the site where I got the pattern doesn't actually show the top part??? Arggghhhh.