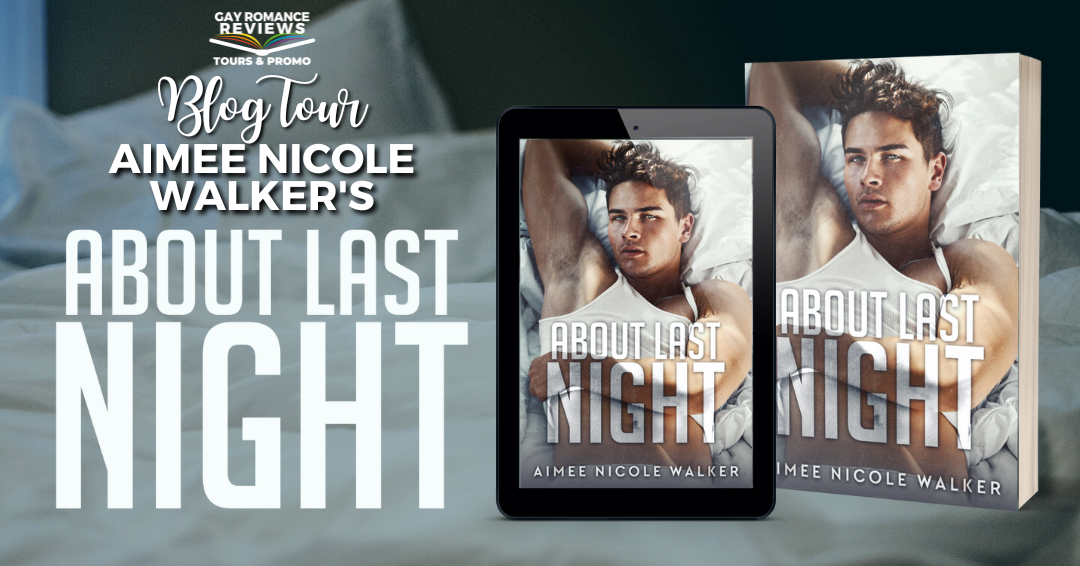 The bicurious cop and his sharp-dressed man… Detective Christopher “Topher” Carnegie is unlucky in love. He either tries too hard, doesn’t try hard enough, or hasn’t found the right person yet. But recently, he’s started seeing Julian Fine, his sister’s best friend, in a new light. If there’s one thing a fabulous tailor knows, it’s how to take a person’s measure. Julian recognizes a straight man when he sees one, but that doesn’t stop him from falling head over heels for the unattainable man. Just a few short days and one shared bed… When a white lie backs Julian into a corner, Topher steps in to save the day. He’s worked plenty of undercover assignments before, but pretending to be Julian’s boyfriend during a family wedding might be his most dangerous mission yet. Julian challenges everything Christopher knows about himself, and soon, reaching for each other feels as natural as breathing. But can their newfound feelings survive the real-world challenges they face? There’s only one way to find out. About Last Night is a low-angst standalone romance within the author’s Savannah universe. This book contains mature content and is intended for adults. 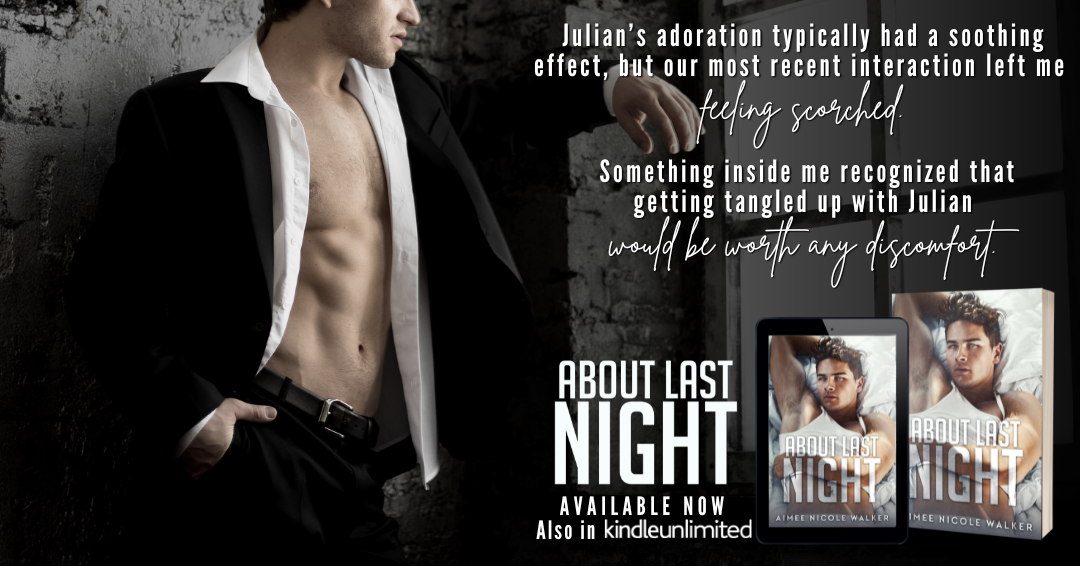 “You ran the stop sign back there,” the officer said. He narrowed his eyes and studied my face. “Are you okay?” “Okay?” I asked, then became aware of my wet face. I quickly wiped away the tears. “Yeah, I’m fine.” The officer leaned over to look into my back seat before meeting my gaze. “Did you get into an argument with someone?” “Nah, I dumped his dumb ass a few months ago.” I didn’t see a flicker of reaction in his golden gaze, but his mouth curved into a wry smile. “Ouch,” he said. “Pretty sure more than a few of my girlfriends have said the same about me.” I clasped my imaginary pearls. “Say it ain’t so.” The officer chuckled and crossed his heart. “What upset you so much that you ran the stop sign?” “Oh, I just drove by my aunt’s old place and was sad to see the new owners don’t love it as much as she did. It’s no excuse, and I’m sorry.” Officer Hottie nodded and said, “I’ll need to see your license, registration, and proof of insurance.” “You don’t want to frisk me for weapons?” One of these days, my mouth would get me into a lot of trouble. The cop blinked a few times, and then a slow smile spread across his face until twin dimples peeked out from his cheeks. “Pretty sure you’ve shown me your weapons already.” I knew he was talking about my sharp tongue and quick wit, but I couldn’t let him off the hook. “Oh, darling,” I cooed, “there’d be no doubt if I had.” A series of beeps emitted from the radio hooked to his vest, followed by a tinny voice calling out codes and unit numbers. The sexy officer stood up straight and turned toward his patrol car. I glanced up in the rearview mirror and saw his partner, a super sexy Hispanic man, signaling for my new fantasy boyfriend to hurry up. “You’re in luck,” the tawny cop said, startling me. I clutched my nonexistent pearls again and said, “You sure move quickly and quietly for such a big guy,” I said. “Like a lion,” he replied with a wink. “You won’t see me coming until I’m on you.” “Promises, promises.” Another flash of those dimples. “I have to answer another call, so I’m letting you off with a verbal warning.” “Oh, good,” I purred. “Oral is my favorite.” He shook his head and straightened to his full height, putting me at eye level with his big dick again. “Drive safely,” he called out as he retreated to his cruiser. I shamefully stared at his ass in the side mirror and wiggled my fingers at them as they drove by with their lights flashing and sirens blaring a few seconds later. I released a sigh, relegated the handsome man to my fantasies, and drove to the store to grab a few staples before heading to my new apartment. 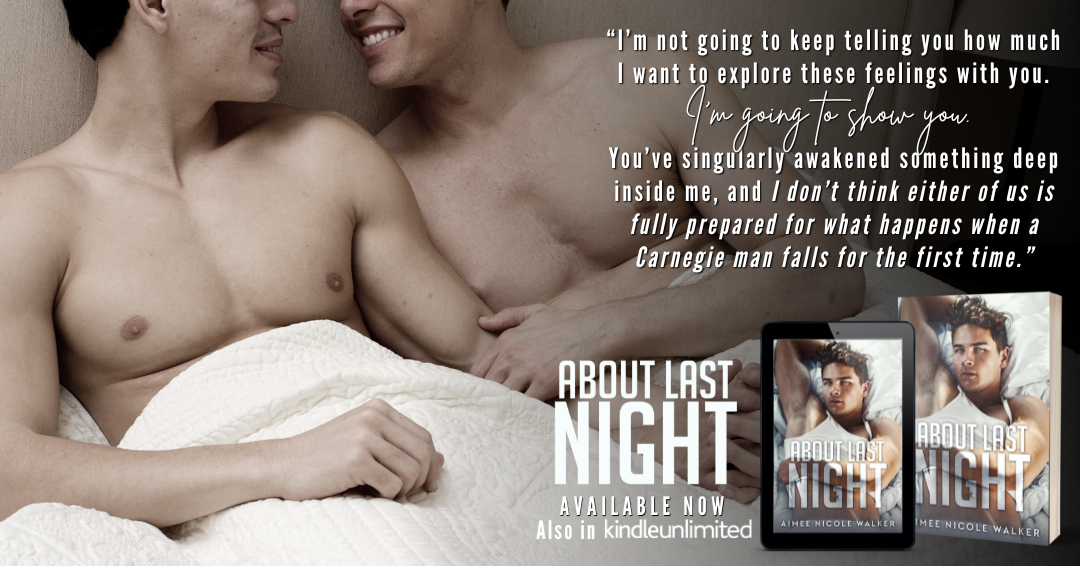 Ever since she was a little girl, Aimee Nicole Walker entertained herself with stories that popped into her head. Now she gets paid to tell those stories to other people. She wears many titles—wife, mom, and animal lover are just a few of them. Her absolute favorite title is champion of the happily ever after. Love inspires everything she does, music keeps her sane, and coffee is the magic elixir that fuels her day. I’d love to hear from you. You can reach me at: BookBub: https://www.bookbub.com/authors/aimee-nicole-walker Twitter – https://twitter.com/AimeeNWalker Facebook – http://www.facebook.com/aimeenicole.walker Instagram – http://instagram.com/aimeenicolewalker Blog – AimeeNicoleWalker.blogspot.com Want to be the first to know about my book releases and have access to extra content? You can sign up for my newsletter here: http://eepurl.com/dlhPYj My favorite place to hang out and chat with my readers is my Facebook group. Would you like to be a member of Aimee’s Dye Hards? We’d love to have you! Click here: https://www.facebook.com/groups/AimeesDyeHards/
Connect with Aimee: https://linktr.ee/AimeeNicoleWalker