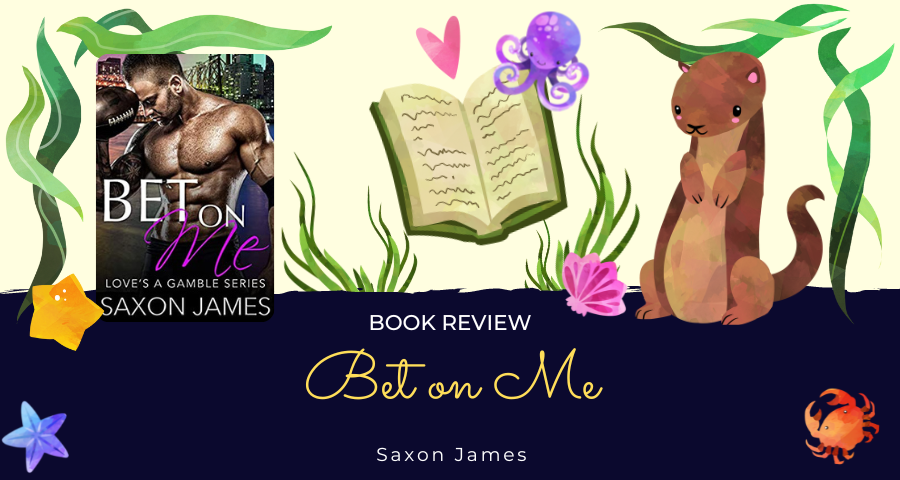 Losing a long term boyfriend to my football career highlights one thing: it’s impossible for me to have both. With only a few years left to play, I decide to throw my full focus into the game. Then I meet Elliot. The flirty texts are immediate, trusting him comes easily, and when we’re together, I’ve never experienced something so explosive.

Until he drops a real bomb on me. He’s a bookie. And suddenly, being closeted is the least of my worries.

I have a plan. Make a large amount of money in a short amount of time, set myself up for life, and then get the hell out of bookmaking. Good at it or not, it’s illegal, and that’s a very gray line I’d prefer not to keep crossing. Especially when I meet Taryn. He’s the first guy who’s been able to steal my focus away from my goal, and I’ll do anything to deserve him.

But the thing about illegal jobs is, they’re not always so easy to walk away from.

I’ve been on a huge Saxon James kick lately, and this is probably my least favorite Saxon book to date. Maybe it’s because I don’t understand footsball. Maybe it’s that I didn’t like Elliot being a bookie. Maybe it’s that it leaned a little more romantic suspense than her books usually do (a sub-genre I don’t really care for). Honestly, I’m mostly glad I read it because it led me to book two in the series, Calling Your Bluff, for Zane and Liam’s story.

I liked the chemistry between Taryn and Elliot when they were talking and didn’t realize who the other one was (I do love a good mistaken identities trope). Once they finally get together though, it just got very repetitive, with Elliot and his protestations about why they’d never work especially.

Still, there’s a fair amount of fun, sexy banter in this book. I never really felt the chemistry between Taryn and Elliot, but it was a good set-up for the next book in the series, and the spin-off novella, Good Times and Tan Lines. Also, isn’t Taryn black? Why is it a white guy on the cover??

This is the first book in the Love’s a Gamble series. It can be read as a standalone, but you’re totally going to want to read Liam and Zane’s story in book two, Calling Your Bluff.