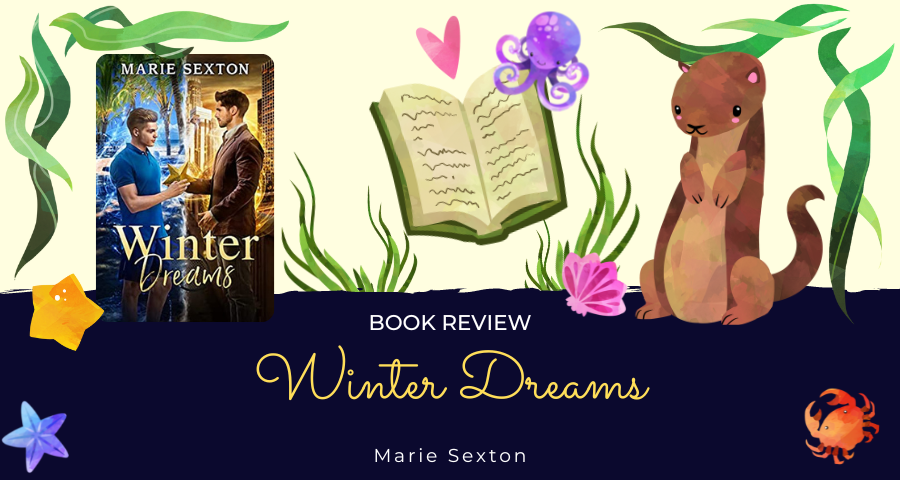 What happens when a player gets played?

Actor Dylan Frasier is known as one of the biggest playboys in Hollywood, infamous for seducing men and women alike. He’s also half in love with his two best friends. Unfortunately, Jason and Ben are madly in love with each other, leaving Dylan the odd man out. When Ben suggests an extended Christmas vacation at a resort modeled after his favorite 80s TV show, Dylan reluctantly agrees. Sure, his heart breaks a bit every time he sees them together, but it’s a vacation in the Bahamas. How bad can it be?

At first, the resort seems like any other. Dylan plans to work on his tan, get laid, and hunt for Hollywood’s most in-demand director – not necessarily in that order. Then he meets Connor, a tennis instructor still hurting from a bad breakup. Connor knows Dylan’s reputation and refuses to be seduced. Dylan sees Connor as just another conquest, but this tropical island isn’t as mundane as it appears. It has its own kind of magic, and it’s about to make things interesting.

I thought the first book was amazing, and then I bawled my eyes out during this one. How? How is it so painful and so GOOD??

…Anyway, review to come soon once I can, y’know, see through the tears.

Okay, I’m back. Even though my heart is STILL broken for Dylan. *ugly cry* Going into this, I really didn’t know how Marie Sexton was possibly going to resolve Dylan being in love with his best friends, when Jason and Ben are clearly in a deeply monogamous, closed type of relationship. I was so pleased with the way so many different kinds of love are depicted in this book, and how your perception of love can change as well.

I think I loved Ben even more in this book than in Winter Oranges. His relationship with Jason is basically cotton candy in this book – so sweet and yet I just – can’t – stop.

Dylan is a much harder character to love, both in the first book when he’s introduced and in this one where he’s the main character. As someone who is also deeply scarred and struggles with self-esteem and the cycle of shame>bad coping mechanism>more shame>repeat for infinity, I really felt for Dylan and was rooting for him to get his sh*t together. There are moments where he wants so badly to be this person that he’s so sure he’s not, and every single one of them breaks my heart. And then despite ugly crying several times, I still found myself grinning like a loon and laughing at the banter between Connor and Dylan. They’re just so GOOD.

I did sort of see the “big reveal” plot twist coming from basically the beginning – but this book is so good I didn’t even care.

This is the second book in the Winter Magic series, and while the main romantic arc is contained within this book, you really do need to read the first book, Winter Oranges, to know what the heck is going on here. Please read in order. 😉

I voluntarily reviewed a complimentary copy of this book. All opinions are unbiased and my own.