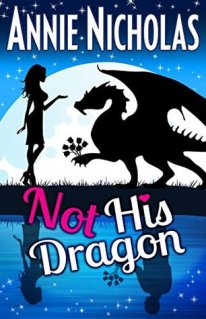 Summary
Eoin Grant hasn’t encountered a female of his race in decades, and this crazy person’s scent declares her unmated. Fate set her in his path, and he won’t let this opportunity slip through his claws. No matter how wary she is of him. After all, how many chances does a dragon have at finding love? But fate can be a crueler mistress than his perfect mate. Of all things, she thinks she’s human. Business is taking off for Angie Weldon. She put her freakishly sharp nails to good use when she opened her back-scratching spa in downtown New Porter City. The local shifter community pounced on her skills and she’s knee-deep in shed fur. By the end of the year, if lucky, she could afford to move out of her crappy apartment. Dollar signs flash before Angie’s eyes when a dark, brooding stranger books her solid for a week but she notices the possessive fury in his glare. She’s been around enough shifters to know the look, and she won’t go down that road again. Angie is literally swept off her feet by the intense shifter and he wants more from her than she’s willing to give. She figures it’s best to avoid eye contact and back away slowly. Until he changes her life by insisting she’s a dragon. (Full length novel. No cliffhangers. Here be dragons.)

Review
First I have to say – I love the covers on this series. And that’s before I noticed (just now) that the reflections of the shifters on all the covers show them in their human forms. I really like Angie and Eoin, and want to be friends with them. I had major problems putting this book down and definitely stayed up way too late reading, because I HAD TO KNOW what happened next. Will Angie figure out what was blocking her? What’s going on with all the bad luck at Angie’s shop? Will Angie finally give her heart to Eoin? Who would DO such a thing?! This book had me hooked but good, and again, not just on the plot but also on the characters.

She moaned and buried herself deeper into the bed, pulling the blankets over her head. “I’m going to find something sharp to poke whoever’s knocking.” That was the most romantic thing he’d ever heard a woman say.

The series is written in the third person limited point of view, and shifts from following (the best way I know to describe it) Angie and Eoin so the reader gets a deeper look into each of their view points alternately. This is the first book in the Not This series, but can be read as a stand alone as the story line wraps up entirely within this book. The next book is about another couple and doesn’t continue this storyline, but does continue to involve characters from this book, including Angie and Eoin as side characters in future books as well as side characters from this book as leads and side characters in future books in the series

One thought on “Book Review: Not His Dragon by Annie Nicholas”